I went to Hanamua Bay to snorkle with the turtles. I hadn’t snorkled since I was a kid, and I hadn’t gone swimming for over 20 years, but hey—the body remembers. When you see the bay, you can not only appreciate that the water is a gorgeous blue-turquoise, but it is encircled by a half ring of hills. When you see it from above, it looks like two protecting arms around the bay.

We were told to be very careful of swimming beyond that “U” shape; the tides can get pretty fierce out there (and there could be sharks). In the shallows, there are loads of coral reefs where fish and sea urchins like to visit. We were admonished to 1) only use “reef safe” sunscreen (the ingredients of regular sun screen has caused over time the death of many of Hawaii’s coral reefs), and 2) not to touch the turtles, fish or other sea life. Fair enough.

The water was actually pretty comfortable, and I found out that I remembered how to swim with flippers and a mask and snorkle. I swam around for a long time, but the turtles were no where to be seen. (Seriously, they don’t have a time table; it’s a “catch as catch can” deal.)

However, the little part of the sea I was paddling around in had plenty of beautiful fish to see. They were sporting their gorgeous colors (as if to make up for the no-show turtles) and acted as though they knew that they were the big entertainment draw. I also saw sea urchins tucked away in the holes in the corals, their spines twitching as if to say “don’t trend on me!”

Honestly, after all that beauty, I didn’t mind a bit about the turtles. It was enough to swim in the ocean and see the wonderous sealife there. 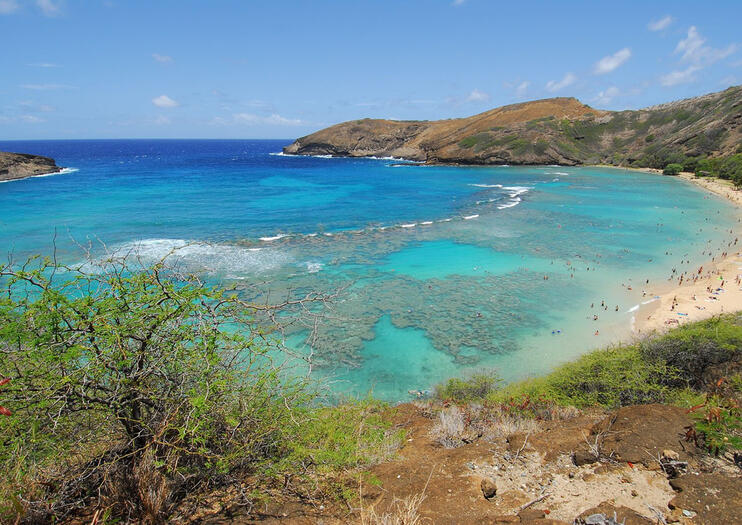 One thought on “Snorkling With The Turtles”